Continental corporate governance model (internal, Japanese) is a system of supervision and control over the corporation common in continental Europe and in Japan.

The main assumption of this system is to rely on banks, as institutions, which mobilize capital for development and investment. Due to the shallow and small financial markets, funding through the issue of shares and bonds is small.

It is characterized by flexible contacts between investors and managers. This is a consequence of the frequent phenomenon of possession by banks and other financial institutions of large amount (often giving control) of shares in the company. Institutional and individual owners, through the selection of members of supervisory boards, are actively involved in the exercise of control over the actions of managers. A characteristic feature of this system for certain countries (e.g. for Germany) is significant role of workers' unions, whose representatives sit on supervisory boards and decide on important matters for the company and for themselves. 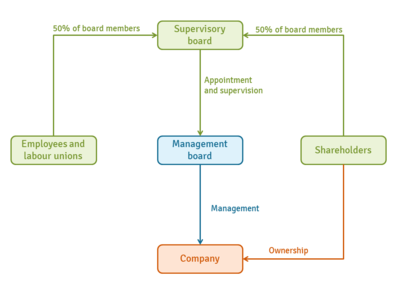 Control in continental model is mainly exercised by supervisory council of the company and various committees (the audit, remuneration, etc.). External mechanisms, such as, for example, capital market, are inefficient, and their role is small. 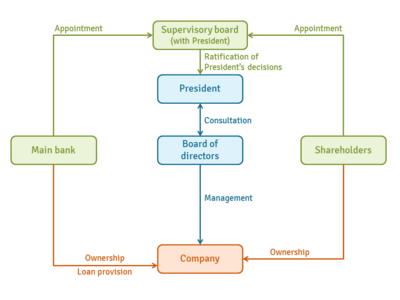