Central traits are those that dominate an individual's personality to the point that the individual becomes known for them. Cetral traits refers to general characteristics that form the foundation, or most descriptive trait of an individual's personality. Don Juan, for example, was so renowned for his sexual exploits that his name became a synonym for heartbreaker and libertine. The young Narcissus of Greek mythology was so enamored with his own reflection that his name became the root of the term narcissism or excessive self-obsession. Trait theorists are primarily interested in the measurement of traits, which can be defined as habitual patterns of behavior, thought, and emotion. Psychologists Allport and Odbert have identified nearly 18,000 English personality-related terms (G.Matthews,I.J.Deary,M.C.Whiteman 2003,p.14.). Allport discovered that in the English dictionary there are more than 4000 words describing personality traits of a human being. After careful analysis, he divided them into three categories, to which each person could belong: 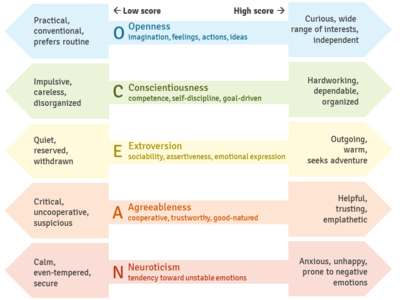 Fig.1. The Five-Factor Theory of Personality (source: based on Privado et al. 2017)

Cardinal features - are the most dominant and occur most rarely. They are so closely connected with the personality of an individual, that it becomes almost a synonym for these attributes. Characters that reflect cardinal traits are e. g. :

Central Traits - Allport believed that central traits are much more common and serve as the basic building blocks of most people's personality. If you think of the major terms you might use to describe your overall character; then those are probably your central traits.He thought that most people have between 5 and 10 central features, which means they can define themselves. Such features are:

In psychotherapy, central traits can help clients better understand themselves and their behavior. By exploring these traits, clients can gain insight into their core characteristics and develop strategies to manage their behavior in different contexts. Additionally, central traits can be used in research to explore how personality traits are associated with physical, mental, and social outcomes. For example, research has found that greater levels of neuroticism and openness to experience are associated with increases in mental health issues such as depression and anxiety. By studying central traits, researchers can gain a better understanding of how personality traits influence health and wellbeing.

The theory of central traits is only one of many on the subject of personality traits. Others theories (G.Matthews,I.J.Deary,M.C.Whiteman 2003,p.29.):

What is most important to understand is that everyone has different personality traits. We each have certain traits that dominate our personality with a myriad of traits that can arise in different situations. Also, our traits can change over time and can be shaped by our experiences.

Other theories related to the topic

There are several theories related to central traits in psychology, including:

All these theories propose that individuals possess certain traits that remain relatively stable across different situations and contexts, and these traits play a significant role in determining an individual's behavior.