Anglo-Saxon model of corporate governance is a system of supervision and control over the corporation, functioning in the United States, Canada, Australia and the United Kingdom. The main feature of this model is to rely on the capital market, as the place of control over the corporation. Supervision is exercised mostly by investors who expressed theirs favour or disapproval for the actions of management by the buying/selling shares of the company and voting during the general meetings of shareholders. In this model, the management shall not be subject to the strict control within the organization due to the high liquidity of the market. The relationship between managers and shareholders are short-lived and official.

Resources for current investments are collected on the capital markets and over-the-counter (OTC) markets. Due to development of large and liquid capital markets, using this model, companies can be independent from investment banks. Investment banks are rarely used, for example, in a situation where there is planned takeover (MBO and LBO transactions).

Anglo-Saxon model implies a strong emphasis on the results achieved by the company and security of their shareholders. Less importance is put on long-term business development. 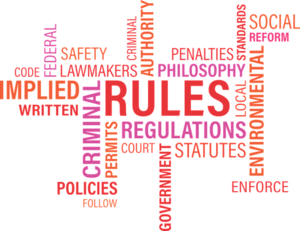 Key features of the Anglo-Saxon model of corporate governance