Bank for International Settlements was established on 17 May 1930 and is the oldest international financial institution. The BIS is located in Basel in Switzerland. It has two representative offices: in Hong Kong (opened in 1998) and in Mexico City (opened in 2002). The BIS does not accept deposits from, and does not provide financial services to, individuals or corporations. Bank for International Settlements is operating as: 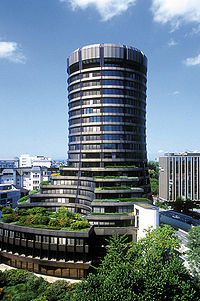 In the Bank for International Settlements there are three main departments: Monetary and Economic Department, Banking Department and General Secretariat. The decision-making bodies are:

The Bank for International Settlements was established in 1930 to administer (settle) the reparation payments which Germany had to pay under the Treaty of Versailles, because of what they aggressor's role during the First World War (The Young Plan). Founding countries the BIS were: Belgium, France, Germany, Italy, Japan, the United Kingdom and the United States. The BIS was also created to be a trustee for the Dawes and Young Loans (international loans created to finance reparations) and to promote central bank cooperation. Amid the financial and economic crisis of the early 1930s, the matter of reparations soon faded, allowing the BIS to focus its activities entirely on cooperation among central banks.

For more than 30 years the BIS was closely associated with the process of European monetary integration, providing a platform for discussions among European central bankers and contributing to the technical infrastructure for European exchange rate arrangements. A European Monetary Cooperation Fund was set up in 1973 to support the operation of the "currency snake" mechanism. In 1988/89 some of European Economic Community members served on the Delors Committee, which issued a report in 1989 setting out a model for an independent central bank committed to price stability. Their recommendations decisively influenced the framework for European economic and monetary union set out in the Maastricht Treaty of 1992. The European Monetary Institute, precursor of the European Central Bank, was located at the BIS until its move to Frankfurt in 1994 (3).

"Monetary and financial stability" is one of the goals of central banks cooperation in BIS. Governors and senior officials from member central banks meet bimonthly in BIS to discuss these matters. In the BIS there are also committees which prepare policy recommendations and analysis:

The Basel Committee on Banking Supervision formulated rules for banks operating and banking supervisory. These rules and principles - Basel II Framework (Basel I, the first framework, was issued in 1988 as Capital Accord, then was also an Amendment in 1996 - about "market risk") describes a measure and minimum standard for capital adequacy for banks (that national banking supervisory authorities are now working to implement). It seeks to improve on the existing rules by aligning regulatory capital requirements more closely to the underlying risks that banks face. In addition, the Basel II Framework is intended to promote a more forward-looking approach to capital supervision, one that encourages banks to identify the risks they may face, today and in the future, and to develop or improve their ability to manage those risks. There are three pillars in Basel II Framework:

Basel II Framework was issued in 2004, revised in 2005, then revised framework was published in 2006, titled: "Basel II: International Convergence of Capital Measurement and Capital Standards: A Revised Framework - Comprehensive Version".