There are at least three necessary market decisions around the channel to be made. A marketer needs to decide on the[2]:

The difference between channel width and channel length 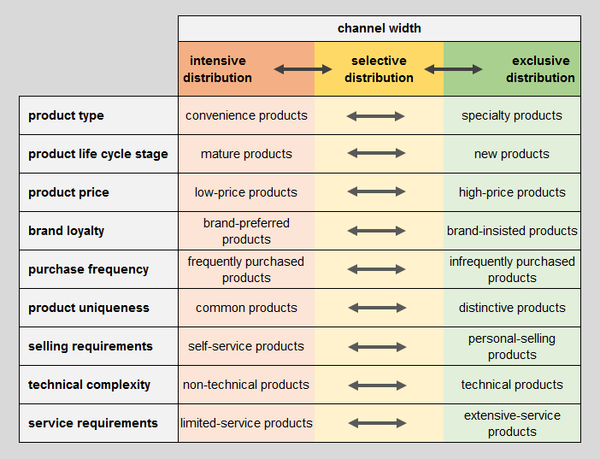 Channel width depends on the intensity strategy implemented by a company. As a result of this decision marketing channels can be divided into narrow ones, with a small number of agents or wide channels in which the products and services are offered by the biggest possible number of intermediaries at each level. The channel width dependents on many factors such as characteristics of products for instance its lifecycle stage, uniqueness and price or customers' behavior and loyalty to the brand[4].