Swingline loan is a large, short term financial loan which purpose is to provide cash quickly. It can be used to cover possible shortfalls from other debt obligations or commitments. Operating within 14 days on average it is also a form of revolving credit that can be drawn upon as needed.

What makes a swingline loan different ?

Although a swingline loan is similar to other lines of credit or demand loan in its function, the funds provided by this type of loan are only to be used to repay outstanding debts and not for other purposes such as asset acquisition or product research. Moreover, this differs from a traditional line of credit that can be used for any purpose, including the purchase of goods or services as well as debt reimbursement. Swingline loans may be obtained by both businesses and individual borrowers. For individuals, a swingline loan may be closely compared to a payday loan, transferring cash quickly but often at higher interest rates than other forms of credit. For businesses, they are most often used to cover temporary shortfalls when incoming funds have been unexpectedly delayed (Dennis, S., Nandy, D., & Sharpe, L. G., 2000). 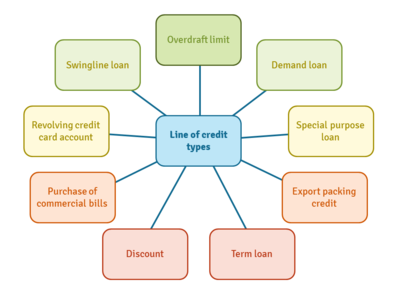 You could compare a swingline loan to a traditional line of credit or demand loan, as a swingline loan grants companies immediate access to large sums of cash on short notice just like the other options, but the use of the funds as already mentioned are more restricted than through the other mechanisms. Swingline loans are best suited for use in times where normal processing delays make other forms of loans less ideal.

Carlton serves a perfect example. In November 2011, ACCO Brands, a leading manufacturer of office products, and MeadWestvaco Corporation, a leader in packaging, agreed to merge MeadWestvaco's Consumer & Office Products business into ACCO Brands in a transaction valued at approximately $860 million. But what if the borrowing need isn't $100 million for 6 months, and is, instead, $10 million for 6 days? The solution to this problem was a swing line. Instead of asking all 16 banks in the syndicate to advance money, the company could go to one bank, designated as the swing line lender (typically the administrative agent). The swing line lender could do the full advance up to a pre-agreed limit, typically 10-20% of the total facility (for ACCO, the swing line limit was $30 million) (R.Calton, 2013).

A revolving loan is used where the funding requirements of the company are more variable. For example, if a company is expanding and needs working capital during this period and it is believed that the period of growth will exceed one year, a term loan would be inappropriate since the day-to-day capital needs will vary. A variant of the revolving loan is the revolving standby credit facility, a particular type of which is known as a swingline facility. A swingline facility is generally regarded as a standby credit facility that is available for same-day drawing with a short maturity, usually no more than seven or ten days.

Revolving credit involves a loan or line of credit that can be used repeatedly. Though it normally has an upward limit, as long as the funds are paid back as agreed, they can be withdrawn as needed on very short notice. Often, funds can be received on the same day they are requested, and the cycle of repayment and withdrawal can continue as long as all conditions of borrowing are met and both parties choose to keep the line open (C. Chance, 2014).

Swingline loans are a great option for businesses looking to secure quick capital without taking on long-term debt. There are several advantages of using a Swingline loan, including:

Swingline loans have certain limitations that should be taken into consideration before applying for one. These include:

Other approaches related to Swingline loan

A Swingline loan is a short-term loan which provides quick cash, and is commonly used to cover short-term cash flow shortages. However, there are other approaches which can also be used to obtain short-term financing. These include:

In summary, Swingline loans are a quick and convenient way to obtain short-term financing, but there are other approaches that can also be used, such as invoice factoring, merchant cash advances, and lines of credit.