Adam Smith's tax principles are the set of guidelines that should characterize good and effective national tax system. Adam Smith described those tax principles in his most famous book An Inquiry into the Nature and Causes of the Wealth of Nations. These basic principles were described as: 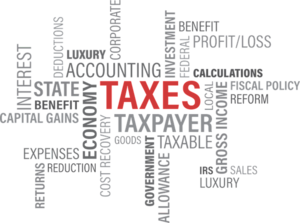 The principles mentioned above are standard tax principles, despite they were presented in 1776, they are still of very great importance, since they present the fundamentals of every effective tax system.

The taxation systems changed during centuries. In ancient times they were mainly based on taxes paid in kind, then they evolved to payments in money. Taxation systems also became more and more complex, including tax relieves and introducing variety of tax rates. Due to the growing number of international connections the issue of double taxation was raised.

Nowadays, when the globalization process is inevitable, the transfer pricing issue and tax evasion are important topics. All this makes tax systems different from what they used to be, however tax principles introduced by Adam Smith should still be applied. They are universal and whatever the tax system is it should represent those principles. Despite different economic circumstances the statement that the more simple the tax system is, the better it is, still stays true.