Threats are generated by factors external to the organization, it reduces market opportunities or lead to lower profitability. The risk must be distinguished from the weaknesses of the organization (the source of which is within the company and also has a negative impact on its financial results). The threat within the meaning of strategic management is always something OUTSIDE of the organization, something to that management has no direct influence, something that may change in unexpected, negative direction without connection to the activities of the company.

Threats unlike opportunities, are always negative in nature, managers should monitor environment of the company to adequately and pro-actively react before they notice any sign of threat and take protective and preventive measures before the onset of their negative effects. 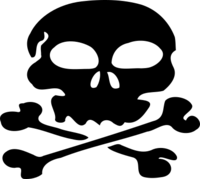