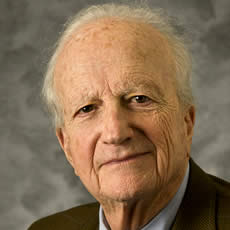 Gary S. Becker is a Nobel Prize Winner, one of the first economists, who reached into topics normally considered as belonging strictly to sociology, such as addictions, discrimination, racism, violence, family organization. Creator of the economic theory of crime.

Gary Stanley Becker was born 2 December 1930 in the town of Pottsville in Pennsylvania. At the age of about 5, he moved with his parents to New York. There he attended school. He began his studies at the University Princeton where he earned a BA, then continued his studies at the University of Chicago where he earned a PhD. He lectured at Columbia University and University of Chicago. In 1967 he received a John Bates Clark' medal, awarded by the American Association for young economists. In 1992 he was awarded the Nobel Prize in economics, and in 2007 was awarded Medal of Freedom by the President of the United States.

Discrimination is a long-lasting effect applied in relation to social groups, persons, organization etc., depending on different (worse) treatment despite being in similar (the same) situation. It can be the effect of using predominant position by one or the reluctance in regard of discriminated group. Discrimination also destroys social bonds present in the workplace.

Discrimination can be divided on: