In the absence of a strict definition of ethnic tourism, there is need to clarify the individual words of that definition. At first attention is called to the "tourist character" of a trip. These are the journeys falling within the scope of tourism, but they not include commercial activity and forced eviction to their own country. Traveling within the country such as the trip to visit family, also can not be called "ethnic" tourism. Such trips do not change the ethnic environment in the country. As for the term "origin" it is dealing with people who, although not themselves come from places visited, but have taken the trip because of a desire to meet with the place of origin of their ancestors. An important term is "identity". Thanks to him we can put in the context of ethnic tourism, numerous trips, where people visit places important for the nation, its history and culture, despite the lack of personal or family relationship with these areas. 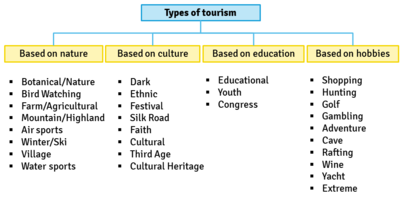 Fig.1. Place of ethnic tourism among other types of tourism

Diaspora as a form of ethnic tourism

The starting point for reflection on contemporary sentimental tourism (ethnic tourism) is the phenomenon of diaspora, that is, the dispersion of the whole nations abroad. Diaspora has two sources, the first approach is the emigration from the home country and in the second form of ethnic communities as a result of changes in state borders. This phenomenon is accompanied by the formation of the ethnic groups, understood as a social group, which has a common origin and culture.

An important role in the sentimental journeys undertaken by the ethnic groups plays a sense of common cultural heritage. Tourists usually those seeking contact with their country of origin, country home, country of birth of their ancestors. This kind of tourism is also called back to the roots. Tourists often seek their ancestors, they want to establish relationship and maintain any contact with the family.

The countries in which ethnic tourism is of great importance, are: Great Britain, Ireland, Australia and Greece, to which arrive many descendants of participants of great migration in the nineteenth century, while in Central Europe and especially in Poland, a large migratory movement was associated with World War II and its political consequences. Contemporary manifestations of ethnic tourism are sentimental Germans traveling in areas of western and northern Polish, special places where they visit cemeteries, monuments; Israeli citizens, the descendants of Jews who come to Poland to places where Jewish culture flourished, or to places where Holocaust took place.

The typical features of ethnic trip include a strong concentration of programs at locations associated with a particular ethnic group, and a great desire and motivation to familiarize tourists with souvenirs of the past, or even to a deeper personal encounter with the history of the country and its present situation. Organized groups have a guide, which greatly facilitates the transfer of information, but a common problem is that some of the participants express a desire to visit particular site individually. At such moments, a lot depends on the skill of the guide, who must arrange individual expeditions. Ethnic tourism is heavily influenced by the political situation and freedom to travel, because very often immigrants can not arrive to places from where they previously emigrated. A common reason is not economic situation, but persecution, border changes, tensions and ethnic conflicts.