Religious tourism (usually in form of pilgrimages) are journeys undertaken for religious reasons. Main targets in such trips are places connected with the history of religion, religious events of a religious nature and the sacred objects.

Pilgrimage should be distinguished from religious tourism. Religious tourism is understood as trips undertaken to acquire knowledge about specific religious place or object. Their main purpose is mainly educational. Pilgrimages involve travel to a Holy place mainly for spending time in prayer. Only additionally tourists want to see and learn about the history and architecture of religious culture. If the last motive dominates, then we can talk rather about standard tourism for sightseeing. It is not religious in character. Pilgrimage is the journey in which the main purpose is to meet God, prayer, contemplation, personal thoughts, participation in religious celebrations. 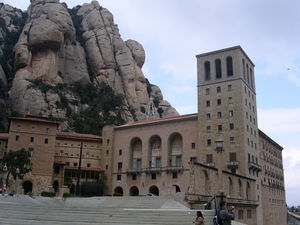 Typical religious tourism destination are common to both afore mentioned types. Their difference is the motivation to take the trip: strictly religious purpose or religion combined with education and the desire to explore the cultural heritage. In the first case we are dealing with pilgrimage and the second with religious (cultural) tourism.

The essential features of pilgrimage is seasonality. It is linked to the calendar of religious holidays which is an opportunity to organize mass pilgrimages, strong religious motivation of participants, direction of travel and the program for one goal (holy places). An important element of such a trip is also joint participation in events (example of which can be solemn liturgy), prayer group at destination or wandering after the holy place.

The aim of the pilgrimage is prayer, the fulfillment of certain rituals and belief in supernatural forces operating in sacred places and especially in the miraculous healing. The most famous places of pilgrimage include Lourdes in France, Fatima in Portugal, Mecca in Saudi Arabia.

Religious (cultural) tourism - could be called "religious student travel" because its program has an educational component. Their main goal are places associated with the history of Christianity (or other religion), routes associated with the activities of saints or of great missionaries. An excellent example of such religious trips can be so-called: "Bible travels", e.g. To the Holy Land, Rome and Greece, the pilgrimage route of St. James de Compostela or travel in the footsteps of St. Paul, Martin Luther and John Paul II.

These tours are aimed to explore, include historical lectures and comments on the history of the object or place, participants become familiar with the sources and historical development of the cult.

It is worth mentioning Polish phenomenon of "pilgrimage-trips" this term is used by tour organizers, for trips (as standard tourist expeditions) connected with pilgrimages to holy places. The program of such trips is very wide, and can be treated as religious tourism, for it include lot of places with religious importance and visiting and learning about religious destinations.